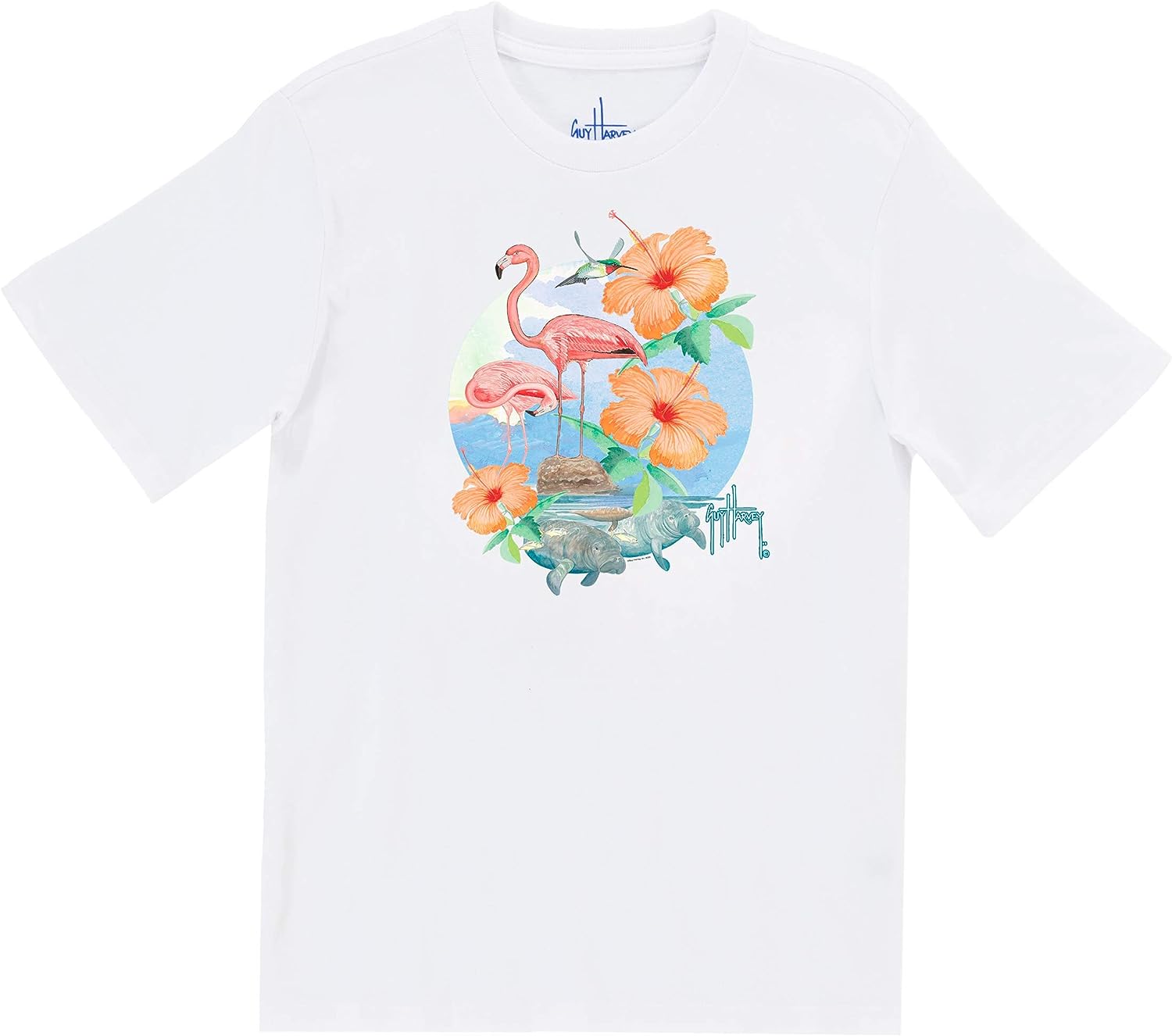 The perfect tee for wearing year-round as a top over shorts in the warm months and as a layering piece when it turns cool. Made of 100% cotton it's comfy and soft. Features a tag-free label for additional comfort. Machine washable. Your Purchase Helps Save our Seas! A portion of the proceeds from the sale of all official Guy Harvey merchandise benefits the Guy Harvey Ocean Foundation, which conducts scientific research and hosts educational programs to help save our seas.