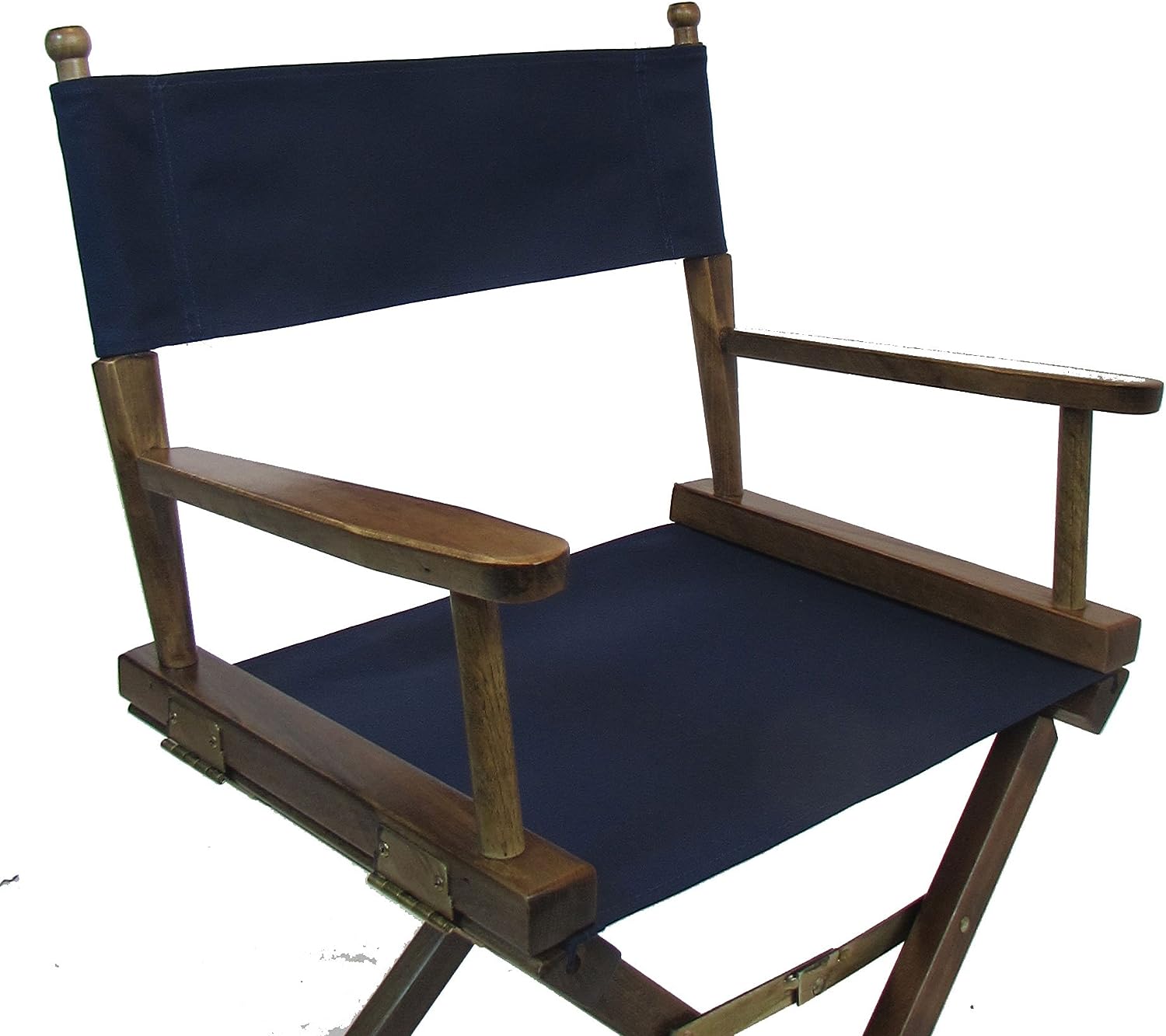 This fits your .
"li" These make great gifts for Aspiring Directors, Teachers, Retirees, and Trade show seats "li" Made in the USA Quality Directors Chairs - Beware of imports, they do not last

CUSTOMIZING INSTRUCTIONS Simply click "Customize Now" to begin personalizing your new chair! We offer one line of text included with the chair in your choice of many fonts and colors. In the Location of Inscription box, type in either Front or Back. Type in your inscription exactly as you want it on the chair, we will personalize it exactly as it is typed. If you would like to add an extra line, you MUST choose Yes from the dropdown box under "Would you like an EXTRA line of text." Enter in all of your extra line information in the EXTRA LINE of text box. If you would like it on the same side as the INCLUDED line, choose "Under the included line" and we will center both lines on the same side. If you would like it on the opposite side, choose "On other side of the chair". If information is entered here and you have chosen NO in the "Would you like an EXTRA line of text?" box, all of the EXTRA LINE information will be ignored. HAPPY PERSONALIZING!

IMPRINTING PROCESS DESCRIPTION -The heat imprint process is just like sign making - letters are computer cad cut from vinyl and then applied to the fabric under high heat and pressure, fusing the vinyl into the fabric permanently. The result looks almost identical to silk screening and is just as durable and professional looking.

CHAIR DESCRIPTION:The Contemporary Directors Chair offers value and quality at a great price. We stock and ship from our warehouse, so you can be assured of quick delivery. This chair is made in the USA from locally managed Appalachian beech hardwoods. All joints are hand fitted and glued with steel underpinning to insure tight and long lasting rigidity. Strong joints are the most important factor in long lived director's chairs. Seat and Back fabric is heavy duty 16 oz. cotton canvas which is washable and colorfast. Finally, this chair has a 3 year limited warranty against manufacturing defects.