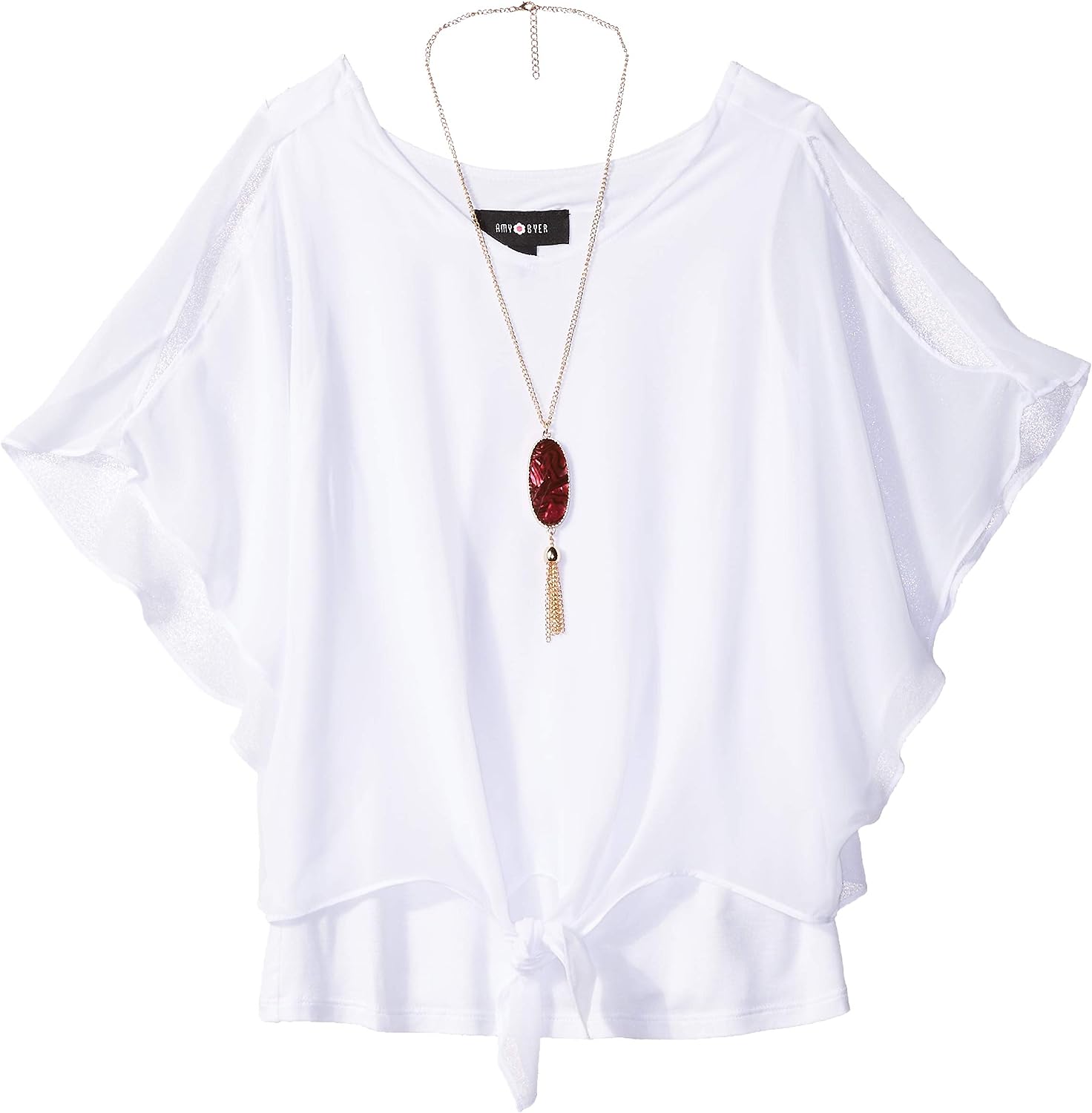 This top from Amy Byer is an updated classic that is sweet, flattering and easy to outfit with just about anything from jeans to skirts to dress pants.